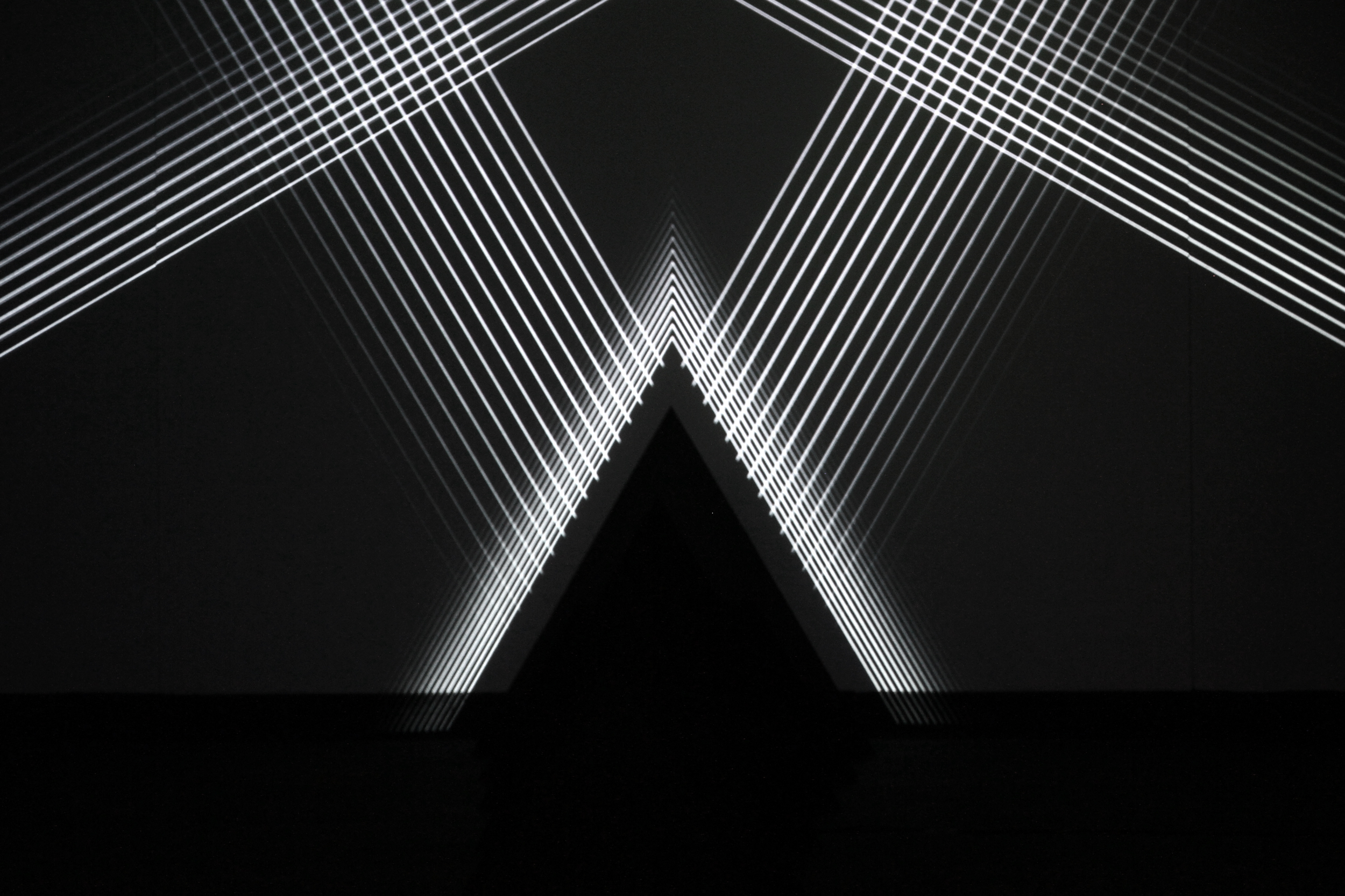 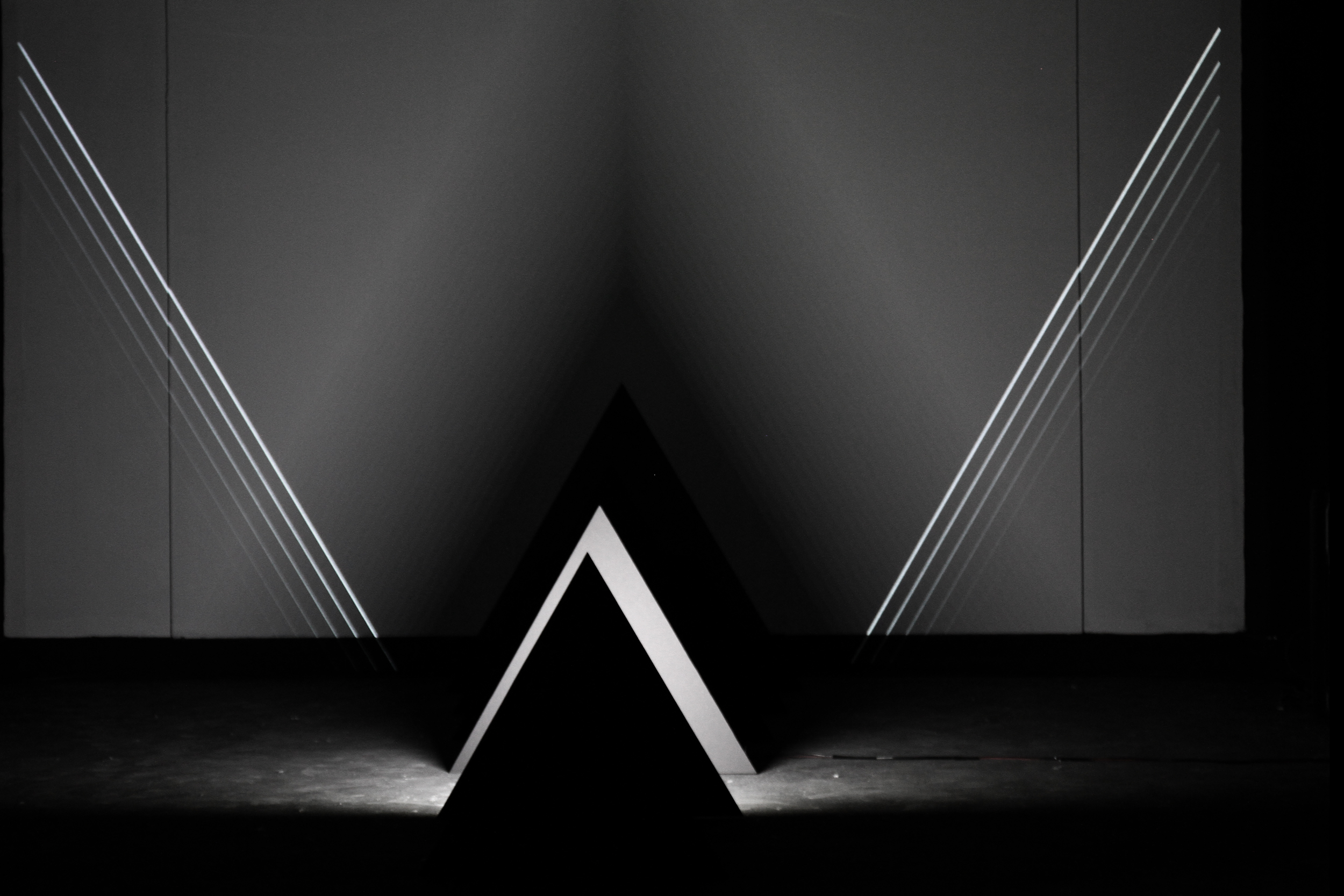 First version of “Into the Void”, a series of audiovisual installations exploring physical structures creating light and shadows with immersive audiovisual spaces.
A array of triangles is placed on the floor, each one has a LED strip on the back which are connected to an Arduino.
Max generates series of random numbers with different probabilities that are used to trigger and manage the lights, visuals and sound.
Max manages the LEDs by communicating with the Arduino through Maxuino. And at the same time MIDI messages are sent to Ableton Live to plays notes on a MIDI Instrument and OSC messages are sent to Processing for the Visual output.
Credits:
Rodrigo Carvalho (concept, electronics, code and visuals);
Ana Duarte (build and production); André Sousa (Background sounds);
Daniel Correia (filming and photography).
Project Website
http://visiophone-lab.com
Creator's Website
http://visiophone-lab.com/wp/?portfolio=into-the-void
Project #