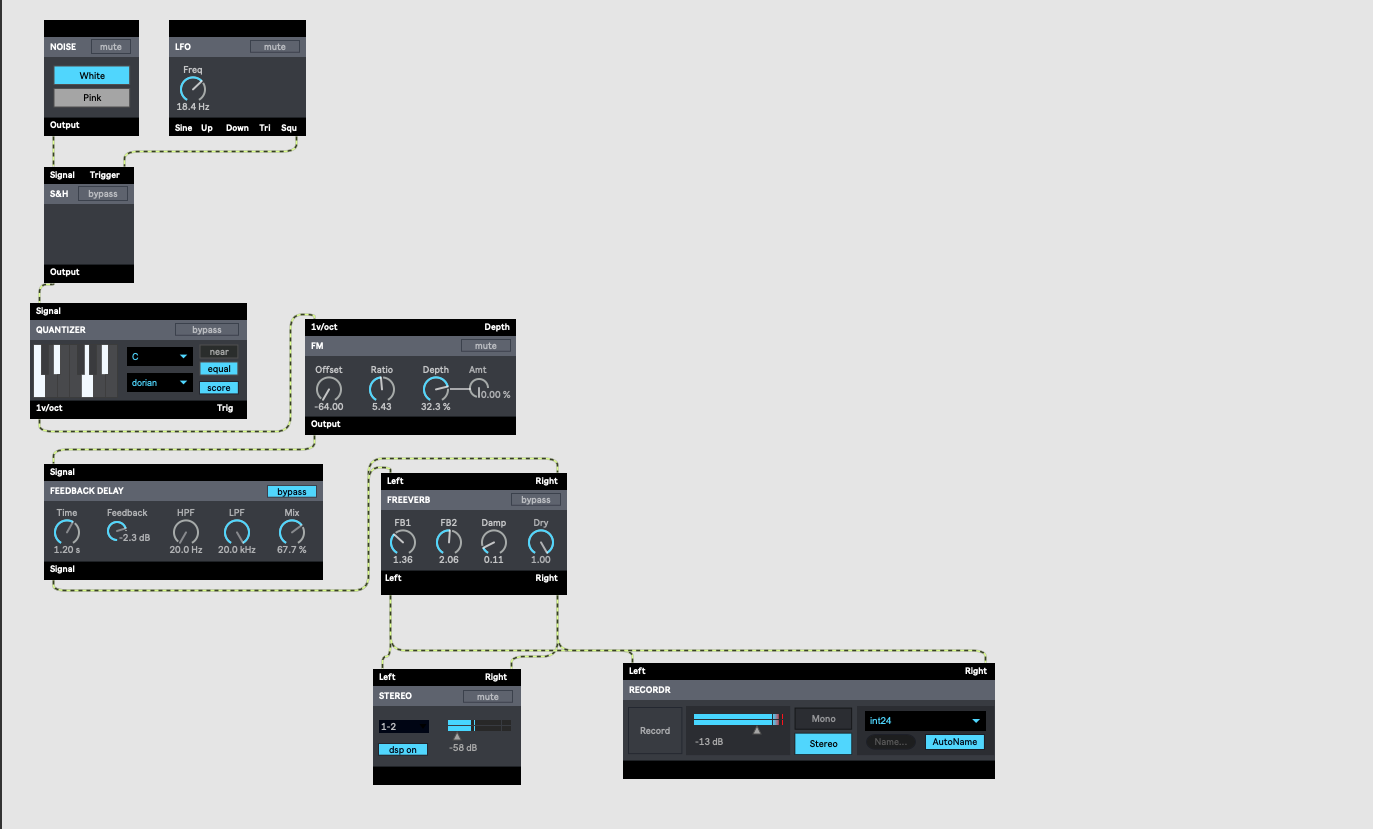 The Noise generator object connects to a ‘Sample and Hold” object that samples and holds the value of an input signal when the trigger signal is received. “LFO” object triggers the signal that will be stored in the “Sample and Hold” object. The fourth object is called “Quantizer” and is used to establish a scale that can be set to twelve different tonic notes and a big variety of different modules. “FM” object, according to the programme’s tutorial, FM synthesis is a form of audio synthesis where the timbre of a simple waveform is changed by modulating its frequency with a modulator frequency that is also in the audio range. “Feedback Delay” object functions like a normal delay but routes a small amount of the delay signal back into itself and sends It's result to a reverb object called “Freeverb”. “Recordr” object records any audio that is sent into it creating a sample of the audio. “Stereo” object is a stereo output manager for audio that enables the audio to be heard.
Project #