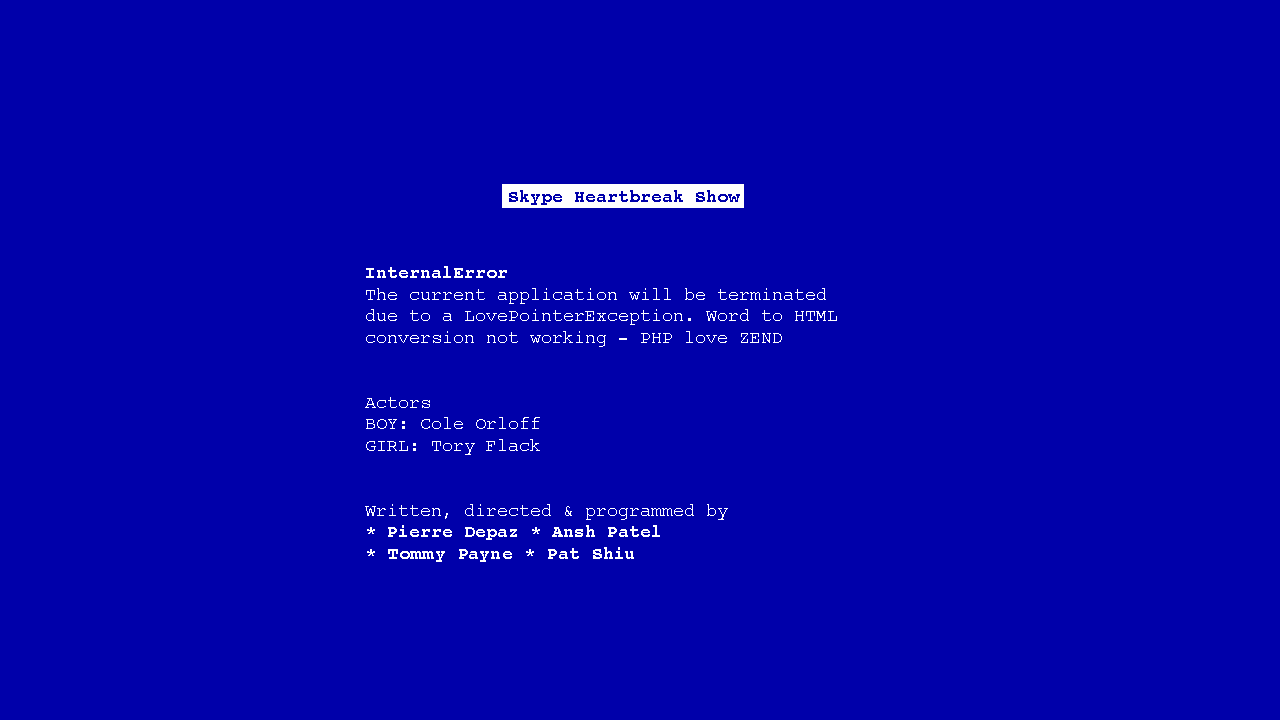 We used Max in several ways for this project, first as a way to switch rapidly and seamlessly between a very large number of videos, then as a provider of audiovisual feedback to the audience to let them know they are having an impact (the image becomes more saturated as they get closer to a screen, and different filters transform the audio tracks from low, comforting hums to distant, echoing buzzing, filled with static) , and finally as a robust networking tool, as the two computers exchanged data about their current state to provide a unified outcome to the public.
Created by Pierre Depaz, Ansh Patel, Pat Shiu, Tommy Payne
Project Links
http://www.skypeheartbreakshow.space
Project #