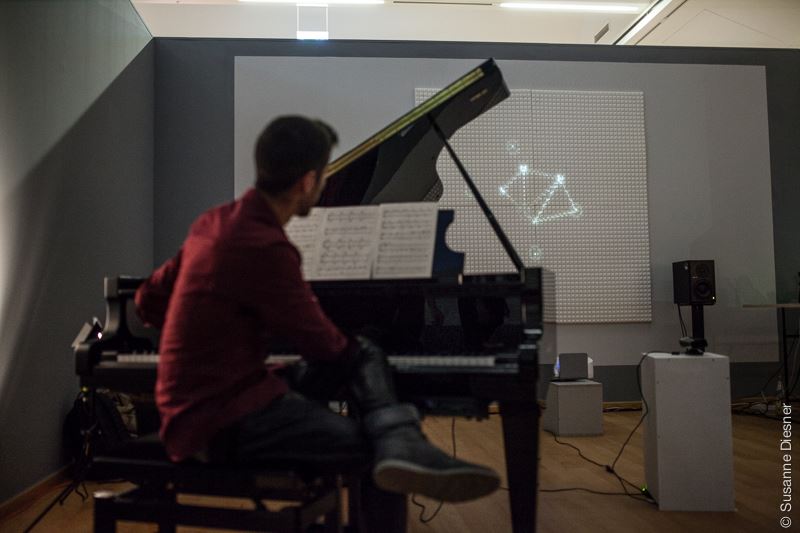 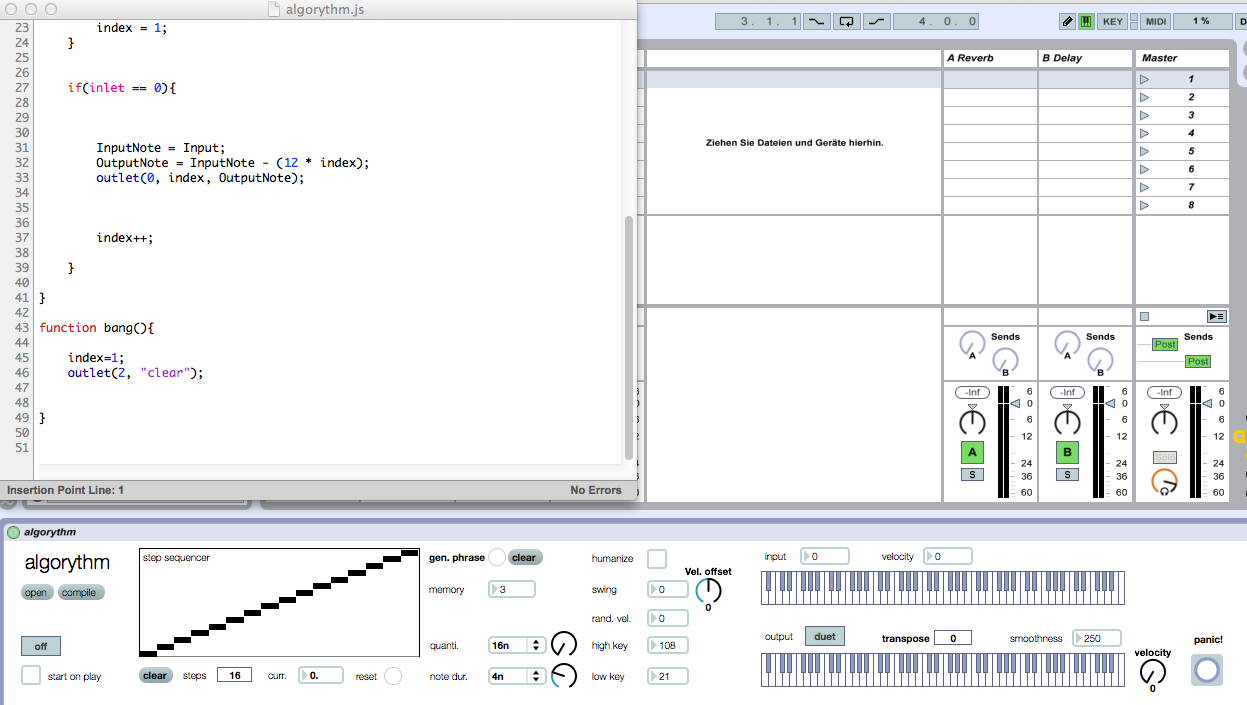 The virtual pianist in "The Conductor's Philosophy" was realized with a Max-for-Live patch called "algorythm", a specially developed instrument for algorithmic composition.
"algorythm" analyses the played notes from the pianist in realtime, calculates and plays adequate intervals on the same piano based on an algorithmic composition.
The concept behind algorythm is to imitated the human "idea" which isn't simply just a random value, but a lot more a present value at single point of time from a set of possible values.
This is realized with a running sequencer containing all calculated intervals, playing a note every time when the pianist exceeds a velocity value over zero.
This is resulting in a composition which seems to be some kind of aleatoric, but without the use of a single random operation.
"algorythm" and the hole technical setup behind "The Conductor's Philosophy" was presented at the arts track of the international conference on Tangible, Embedded and Embodied Interaction - TEI, in 2014.
Project Links
http://damian.t.dziwis.net/portfolio/the-conductors-philosophy/
Project #