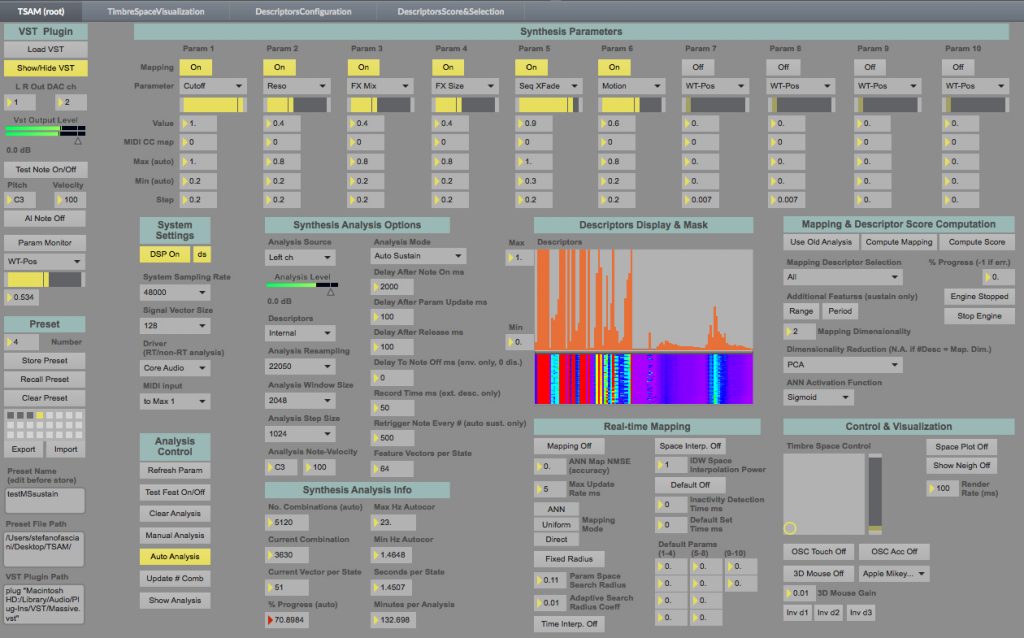 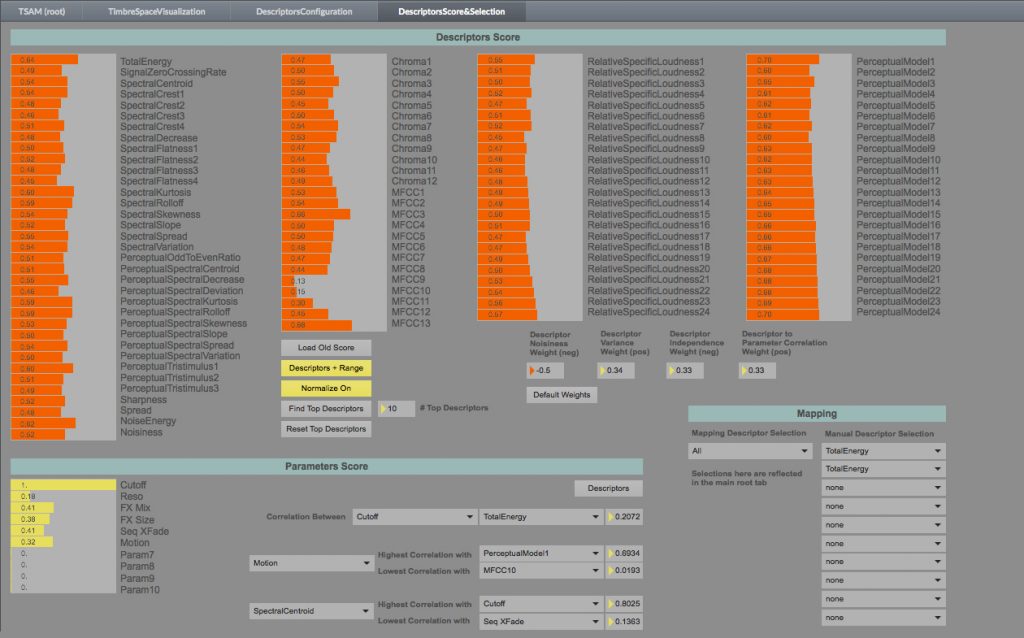 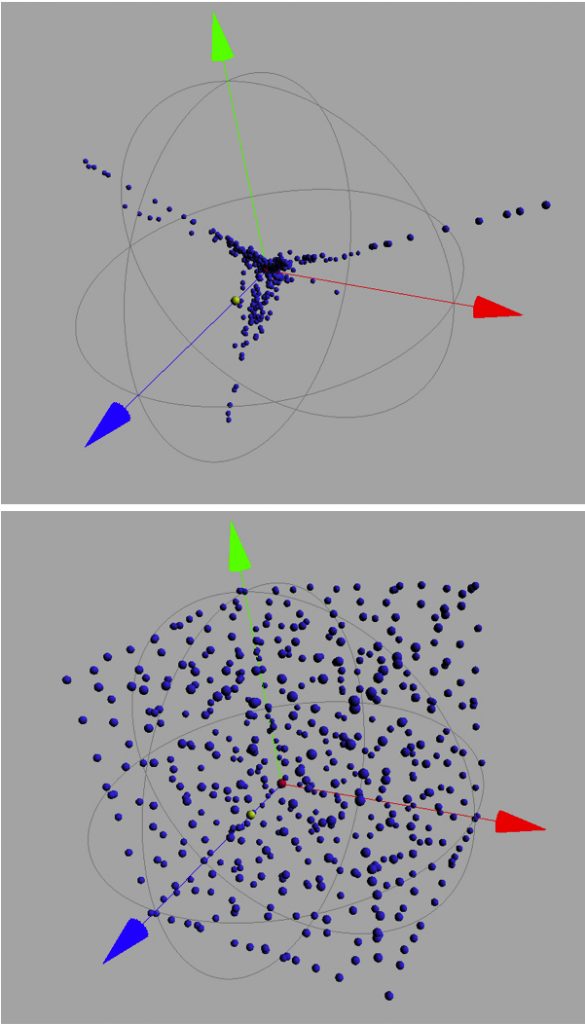 The TSAM is tool for the analysis, modeling, and mapping of the timbre of sound synthesizers.
Synthesis algorithms often have a large number of adjustable parameters that determine the generated sound and its psychoacoustic features. The relationship between parameters and timbre is valuable for end users, but it is generally unknown, complex, and difficult to analytically derive. The TSAM includes a strategy for the analysis of the sonic response of synthesizers subject to the variation of an arbitrary set of parameters, and it uses an extensive set of sound descriptors ranked using a novel metric based on statistical analysis. The TSAM can be used for:
- study of the sonic response of synthesizers;
- explicit control of timbral characteristics;
- dimensionality reduction of the synthesis control space.
Project Website
http://stefanofasciani.com
Creator's Website
http://stefanofasciani.com/tsam.html
Project #